The brothers' latest spell requires a certain ingredient; Sam thinks Dean's the man for the job. Sam may be wrong. 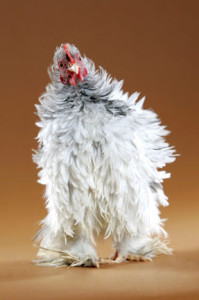 Stumbling into the coop, Dean gnawed his lip queasily as he stepped through scuttling, flapping bodies, deafened by mindless clucking and squawking, choking on fluttering feathers.

The spell called for a chicken head, and with a frantic chicken flapping in one hand and an axe in the other, Dean grudgingly wished it was him in the motel boring himself stupid with research, while Sam was here mired in chickenshit and feathers.

Sam looked up as Dean barrelled into the room, and slammed a bag of frozen chicken nuggets on the table.

There's gotta be at least one head inamongst these, Dean snorted.