Okay ... maybe Robo-Sam was a bit of a dick, but damn ... he sure did get pumped, didn't he? But in order to get that way, he had to exercise ... a lot ...  every chance he had and everywhere he went all across the United States. And now, we finally have photos of that year where Robo-Sam walked around soulless (and shirtless) and of all of the exciting places he visited and worked out:


Robo-Sam went to Washington D.C. during the blooming of the cherry blossoms to kill a possessed congressman (turns out they were all evil, but Grandpa Campbell wouldn't let him kill them all) and while he was there, he stopped along the mall to get a few reps in before moving on to his next hunt. 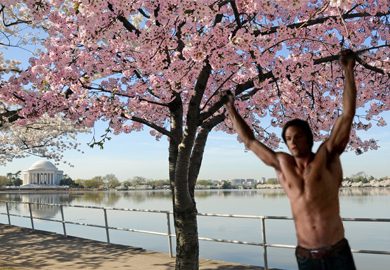 Robo-Sam's next stop was to San Francisco where a giantess in fish-net stockings was reportedly eating hipsters on Haight and Ashbury street. Once the vile creature was ganked, he found her legs to be the perfect place to get a quick work-out. If you had asked people on the street that witnessed this, they wouldn't say that it was the strangest thing they saw that day, it being San Francisco and all, but they would say it was the most magnificent. 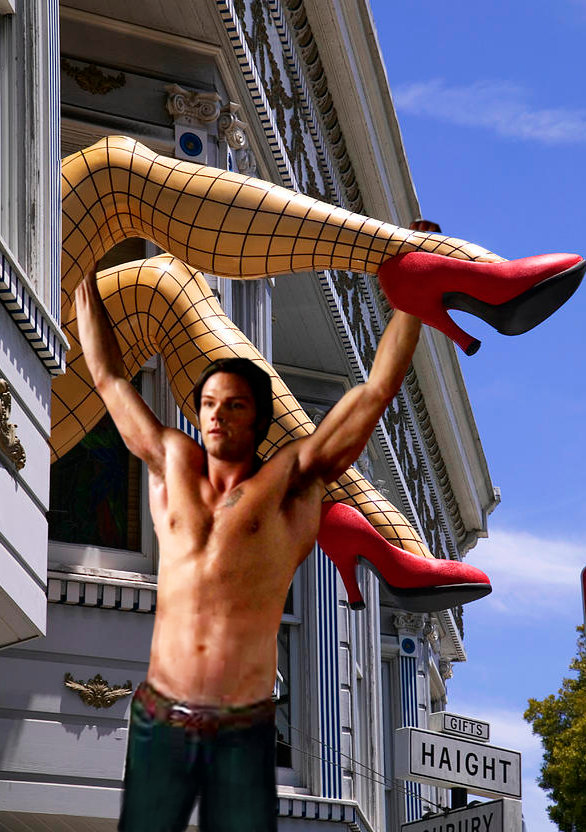 Robo-Sam's journey across America led him to logging country in Minnesota to kill a wendigo and of course, he couldn't resist those giant horns on Babe the Blue ox, they were just screaming out for some robo-powered pull-ups. Sure, it was a little cold to be shirtless, but it was nothing his highly-toned, God-like physique couldn't handle. 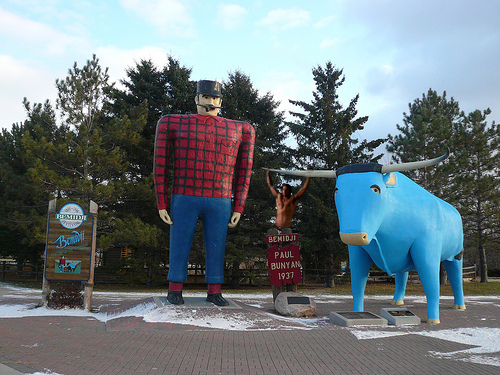 While Robo-Sam may have been soulless, that didn't mean that he didn't like to have fun and take break every now and then. So, when he wasn't working out or banging the nearest, willing chick, he would sneak off to Coney Island for a little amusement. (look how happy he is!) Sometimes being on the road meant having to come up with some quick cash and since Robo-Sam had no soul, his poker face was unbeatable, so he spent a lot of time between hunts out in sunny, Las Vegas gambling, picking up women, and of course, working out whenever he could. 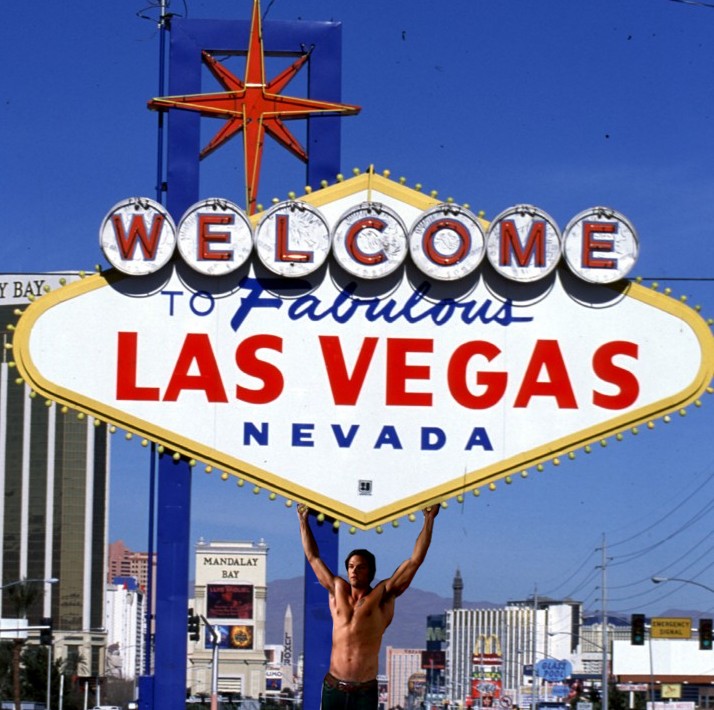