Title: He Came Upon the Midnight Clear

Summary: Sam and Dean are at odds when a mostly dead King of Hell shows up on their doorstep. This is a great time to take advantage of him and get some deals cancelled, take control of Hell, or just kill one of the evilest creatures in the world. But on the other hand, he's so weak and helpless, they need to make sure he survives to keep ruling Hell. 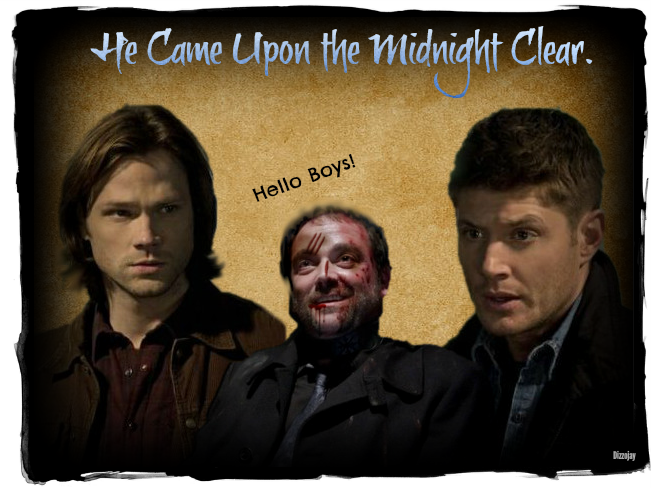 Sam sighed as he watched Dean staring into space. He had tried everything he could imagine to coax his older brother out of the funk he’d fallen into after the Mark last took over. He could really use some help.

There was a knock at the Bunker entrance. Sam grabbed Ruby’s knife and approached warily. He wasn’t expecting anyone.

“Boy,” Missouri Mosley snapped, “you’d best put that down and move out of my way!” Sam could only gape as the psychic brushed past him to scold Dean next. “Don’t make me fetch a wooden spoon!”

Dean snapped out of it.

Dean's been exploring the Bunker's vaults again, there will be consequences.  For someone.
As it's Christmas week, I did 200 words!