Dick Roman was so caught up in admiring his stolen form in the electronic shop window, it took him a moment to realize the human morsel next to him was speaking to him.

"I love Shark Week," the man repeated, pointing at a screen behind the glass. "They're the ultimate predator--just look at all those teeth! I can't imagine anything scarier that a great white."

Dick glanced up and down the street for any bystanders and grinned. "I can."

A few moments later as he checked for bits stuck in his teeth, the grin was still there. "I win." 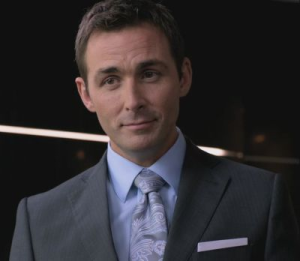 TITLE: The Boss Level
CHARACTERS: Dick Roman, Charlie Bradbury
GENRE: Humour
RATING: I don't know, T?
SPOILERS: None
LENGTH: 220 words :\
A/N: This is my first attempt at writting a drabble and I got a little too excited. Really excited to have found this community :) Hope you enjoy this silly little thing.
( Collapse )
Collapse