Dean's been exploring the Bunker again.  Does it end well?
What do you think? 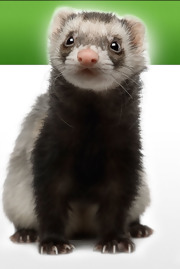 It was a quiet day in the bunker's library. The only sound was the rustle of vellum and an occasional weary sigh as Kevin trawled aimlessly through the countless volumes piled around the table before him.

The Winchesters were down in the vaults, continuing their seemingly eternal indexing exercise, and he was alone.

That was until the library door was flung open and Sam stomped through with a face like thunder and a green-eyed ferret wriggling furiously in his hands.

This, and all my other 'bunker' drabbles can be found here!