The Price of Sam's Head
--
He was tempted to change the story. Chuck had never deviated from the path his dreams set out for him before, but he couldn't kill off one of his main characters. The rent was due next week and he needed groceries sooner rather than later.

If he let Sam die, the story would end. No one wanted to read about one demon hunting brother alone in the world. No, Chuck decided, he didn't have to follow the dreams, he could write about whatever he wanted.

When he woke up several hours later his head was pounding and Sam wasn't dead.

“Um...” Chuck stared down at the crumpled ten dollar bill in his fist and sighed. He’d never been good at mental math!

“I can put something back for you,” the store employee offered.

Chuck eyed the multipack of toilet paper, three-pack of light bulbs, and the canister of ground coffee.

He was struck by a sudden feeling of impending doom when he considered giving up the toilet paper, and he’d learned to trust his instincts.

He left without the light bulbs. He’d been meaning to lower his electric bill anyway.


Chuck put the phone down with a smile. He knew it was wrong, moving from phone sex to having a real-life woman in his bed, but he couldn’t care less. The world was going to end and Chuck was going to go out with a bang.

Mistress Magda had been reluctant initially but the promise of a lot of money had sealed the deal. Chuck opened his desk drawer and stroked the wad of dollars lovingly.

The doorbell rang and Chuck opened it eagerly, only to find Dean Winchester standing there.

‘This is so not meant to happen!’ Chuck wailed. 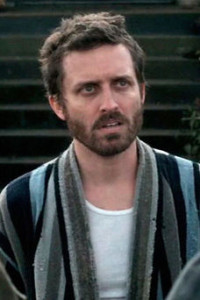 Chuck took a sip of his overpriced but stupidly delicious coffee and tried not to be ashamed that he was embracing the cliché of a writer in a coffee shop.

He stared at his laptop screen and wondered why coming up with a deep and compelling story line was so hard! He let his eyes wander to the bookshelf in the corner full of free paperbacks, which were mostly trashy romances. Hmm...

He’d had another dream the other night about two brothers, both attractive, and who were close enough to intrigue readers fascinated by taboo relationships.

He began to type.

Summary: Taking down a witch was supposed to be easy. It figured that the witch would do anything to make things hard.

Author's Note: welcome to the fourth story in the Anti-Trope 'verse, a series of unrelated fics dedicated to trope exploration and the hilarity therewithin. Welcome to yet another installment inspired by my enabler friend

keep_waking_up, as we asked each other why the need to have sex with someone would in any way cause death.