Dean is OK with the “ladies” part.


It was singing. The First Blade sang with a humming reverb that echoed in his bones. It rose to a triumphant aria as he drew it; wailing to a vibrant crescendo that he felt in his soul as the life died in Abbadon’s eyes. He stabbed again and again to catch the last echoes that blazed crystal-bright in a hidden pit within himself that he had only known under Alistair . . .

Sam’s voice killed the music as abruptly as a switch, bringing a dark silence and timid shame.

It hummed all the way back to the Bunker.

licklesoxy
Rating: PG-13
Genre: humor
Characters: Crowley
Word Count: 1036
Summary: Even the King of Hell wants somebody sometimes. And he has to find them the same way as everybody else.

Here's a little memory jog for this week's DEW challenge: 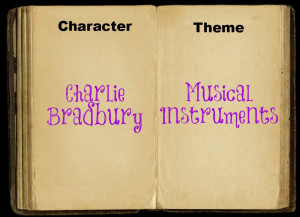 Details of the week's challenge and rules are here!
Collapse