All stories have now been claimed by an artist!! Please see the official list of authors/artists below and let me know if you have any questions or concerns.  Authors and Artists - don't be shy, PM one another if you haven't already done so.

Keep in mind, the official finish line to strive for is May 2, however we will be having a posting schedule (coming soon).  Below is a little survey for authors just to see where we stand right now.   If you need a beta, please check out our BETA THREAD, but since that has not been updated in awhile, also throw a note in the comments and if there is a great need, the mods will start a new beta post.

Also in this post, feel free to ask for cheerleading, someone to bounce ideas off of, or whatever support you may need.  As always, the mods understand that RL happens, but if you need an extension or a pinchhitter, please let us know as soon as possible.  We don't want anyone to go giftless in this exchange.  Thanks!

Open to: All, detailed results viewable to: All. Participants: 17

What is the current status of your fic?

It's ....
Drabbles Every Weekend
otherwise known as 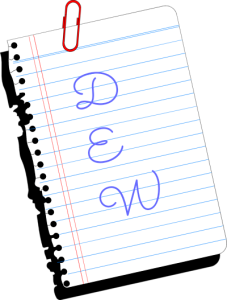 This by the insanely talented Vongue on deviantart has got to be one of the best things in the history of ever. And there are loads of different costumes - it's totally hilarious and completely addictive!

Title: Boundaries (Or the lack thereof)
Characters: Cas, Dean
Setting: Roughly between 9x14 and 9x15. There is a spoiler for season 9.
Rating: Nudity and some swearing - otherwise perfectly innocent fun.
Words: 290

“During my time as a human I did wonder if there was a particular procedure one is meant to follow. It seems logical to begin at the top and work one’s way down,” Cas mused.

“Jesus Christ!” Dean jumped and nearly slipped on the wet tiles. “What the hell! Get out!” he cried, one hand automatically covering his junk, the other making a clear “stop” sign towards his socially inept angelic acquaintance.

“We’ve talked about this,” Dean complained.

Instead of leaving Cas turned helpfully towards the bathroom wall. “I needed to speak to you and Sam said you were here. I assumed this meant I should speak to you here.”

“For someone who has had many sexual partners you seem overly self-conscious about your body Dean,” Cas observed.

“Not the same thing dude. Look I’ll be out in a minute, God knows I’m not going to take my time after this conversation, so if you could just get the hell out I’ll be right with you,” Dean fumed.

“Thank you Dean, that would be most convenient.”

Dean took a deep breath, and let it out, counting silently to five. Various violent images flittered through his imagination. He let the bunker’s wonderful water pressure and the steam wash away as much of his frustration as possible because breaking his fist on Cas’ face really wouldn’t help. Much.

Turning the water off Dean scrubbed the water out of his hair and reached for his towel, wiping droplets of his biceps and arms before wrapping it snuggly around his midsection.

The world better be ending (again) because if Castiel’s emergency was anything less than life threatening Dean might just lose it and sock the guy after all, broken fingers be damned.